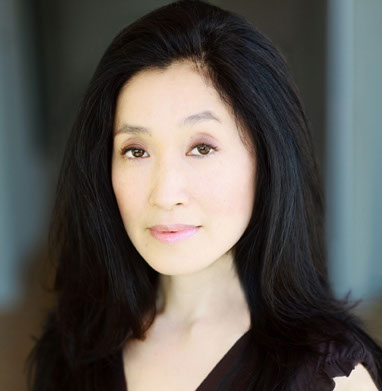 Dawn Akemi Saito is an actress, writer, and Butoh performer. Her multi-disciplinary work as well as her collaborations with major innovative artists have been seen across the United States, Europe, Asia and South America.

Antigone in Action, a solo piece presented by Ripe Time and New Dramatists.

Choreographed Harry Partch’s DELUSION OF THE FURY, a multi-disciplinary music/theatre/dance piece at Japan Society, along with director John Jesurun and music director Dean Drummond.  Voted by Time Out as one of New York City’s best of 2007 music events.

My Face Of Us All at Orpheum Theater, Graz, Austria.

-commissioned by the Mabou Mines Suite Fund and directed by Maria Mileaf.

Red Eye at the Whitney Museum.

HALO at the Mark Taper Forum; Highways in Santa Monica.

My House Was Collapsing Toward One Side, Dance Theater Workshop.

-a Butoh/theatre collaboration written and directed by Charles Mee, Jr. with music by Myra Melford

Shinjin at the Museum of Natural History.

-hosted and directed by Isaiah Sheffer

- by Fred Ho and Ruth Margraff

-by Fred Ho and Ruth Margraff

Selected Shorts: a Celebration of the Short Story,  Live Theater and Radio Performances for NPR at Symphony Space in New York City, including tours to Miami, Washington, D.C. and the Getty Museum in Los Angeles

-by Jose Rivera and directed by K.J. Sanchez

-by Erik Ehn and directed by Maria Mileaf

-by Ibsen and directed by Sheldon Epps

Jocasta at the Connelly Theater

Suddenly Last Summer and The Poet at the Hartford Stage Co.

-by Tennessee Williams and directed by JoAnne Akalaitis

Nothing Forever at the New York Theatre Workshop

Deshima at LaMaMa E.T.C. and tours to Japan and Singapore

Elephant Memories in Boston and on tour in Bogata, Columbia

Mirrors Remembered at the New York Stage and Film

-by Cary Wong and directed by Marya Mazor

-by Amy Tan and adapted and directed by Wynn Handman

Wheat and the Moon at One Dream Theatre

American Dream at the Vineyard Theatre

-by Edward Albee and directed by Ernest Abuba

-by Catherine Filloux and directed by Wiliam Carden

The Cure and Chomolungma at the Gascon Theatre

Cambodian Odyssey: The Survivor at the Merrimack Repertory Theatre

And The Soul Shall Dance at the Pan Asian Repertory Theatre

-a dance piece by Victoria Marks

Parades and Changes at the Geffen Museum in Los Angeles

The Hours of the Season at the Electric Lodge in Venice, California

Scenes From The Wasteland

The 900 Lives of Jackie Frye

The Speed of Gravity

HA was published in Theater Communications Group’s Extreme Exposure, an anthology of solo performance texts from the twentieth century edited by Jo Bonney.

Burning for Baby was published in Ten Magazine, a publication of the Asian American Writers’ Workshop.

Member of the Asian-American Playwrights Group at the Joseph Papp Public Theatre where she staged readings of her plays Hatchi And Bobbi and Karaoke Above The Clouds.

Directed Her Story at CalArts.

Directed The Bacchae and Bulrusher by Eisa Davis at Fordham University.

Directed The Daddy Project at The Asian American Writer’s Workshop.

Co-created with Marissa Chibas a panel at the TCG conference, 2009, on Aesthetic Diversity.